Aly Keïta (“Ich bin ein Berliner”) gave a concert at the Tollhaus in Karlsruhe. He played his (DIY) Balafon and was accompanied by a great band. Frankly, I was quite impressed, the more that the tickets just were about 5 euro. But the concert turned out to be excellent. I also thought the Balaphon would be boring if played over three hours. It wasn’t. Aly really is a master of his instrument. The playing varied, and I really enjoyed the vitality in his playing. Additionally, Tollhaus was crowded much more than I expected.

Aly’s band consisted of some further excellent musicians. According to the Tollhaus web presence those are:

At the end of the show, Aly brought some further brass musicians to the stage. We wondered why those have been hidden backstage before :) .

All in all, it has been a great concert and we have been more than impressed. Allthough it was not jazzy enough for my taste :) . Unfortunately, I left my Canon Powershot A650 at home and thus needed to take the pictures with the Nokia N810 instead. Judge for yourself: 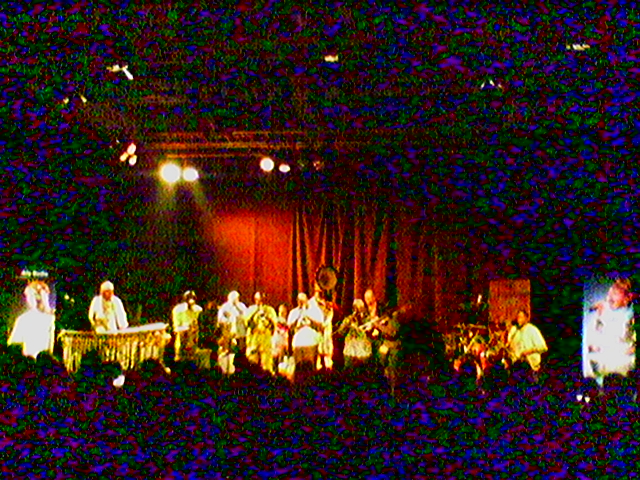