The weather was really excellent the last two days, almost spring. So I did the first biking tour in 2009 yesterday. Only about 50 kilometers, but hey, it was the first tour this year – the season began :) .

In addition to former history mapping I visited an ancient roman highway. The remains I mapped are part of a huge highway, which went from Strasbourg over Speyer, Mainz, Cologne and Xanten to the north sea. There’s a project of the european union which aims at resurrecting this road for educational/recreational/touristic purposes. I started to the west of Hagenbach, where you can see a replica of a »Leugenstein«: 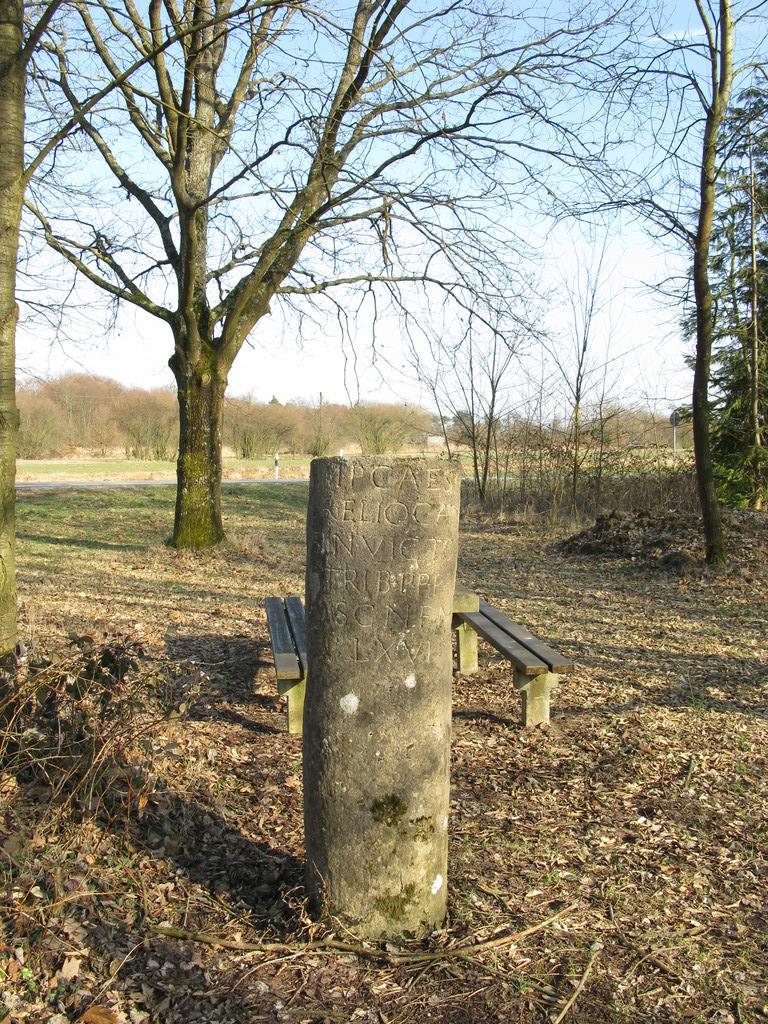 The »Leuge« is a gaulish measure. The stones have been placed along the highway, so the travellers could see the distance to the next major destination. There’s a lot of information about roman highways in the web, but it is very difficult to get information where this one really was located. Continuing past my mapping, it followed almost directly east to the secondary road, hitting Berg and crossing the Lauter near Lauterbourg. If you follow this secondary by car, you can guess the remains. The highway is covered with trees, but it is raised compared to the ground. I have some more maps on my hard drive, but it’s probably protected by copyright so I don’t want to share it publicly. It will be available by the aforementioned project »Via Rhenanan« anyway, so I’m pretty curious about its further progress.