The Lassithi plateau is an interesting geoformation. It’s almost a circlar area, completely circumvented by some mountains, up to 2148m in hight like the ????? (Dikti). The plateau itself is about 800m above the sea level. There are only a few passes to enter it. One is the pass of Ambelos, where I took a panorama picture showing (from left to right) the Lassithi plateau south, the pass with some ruins of its windmills and then the sea north of it:

Panorama of the pass of ambelos

On the left and right hand side hills of the pass, there are about 27 ancient windmills. Most of them are only ruins nowadays, but some of them are preserved resp. restored. It must have been hard to bring the corn up and the flour down after milling. Here’s a picture of the pass and its windmill ruins: 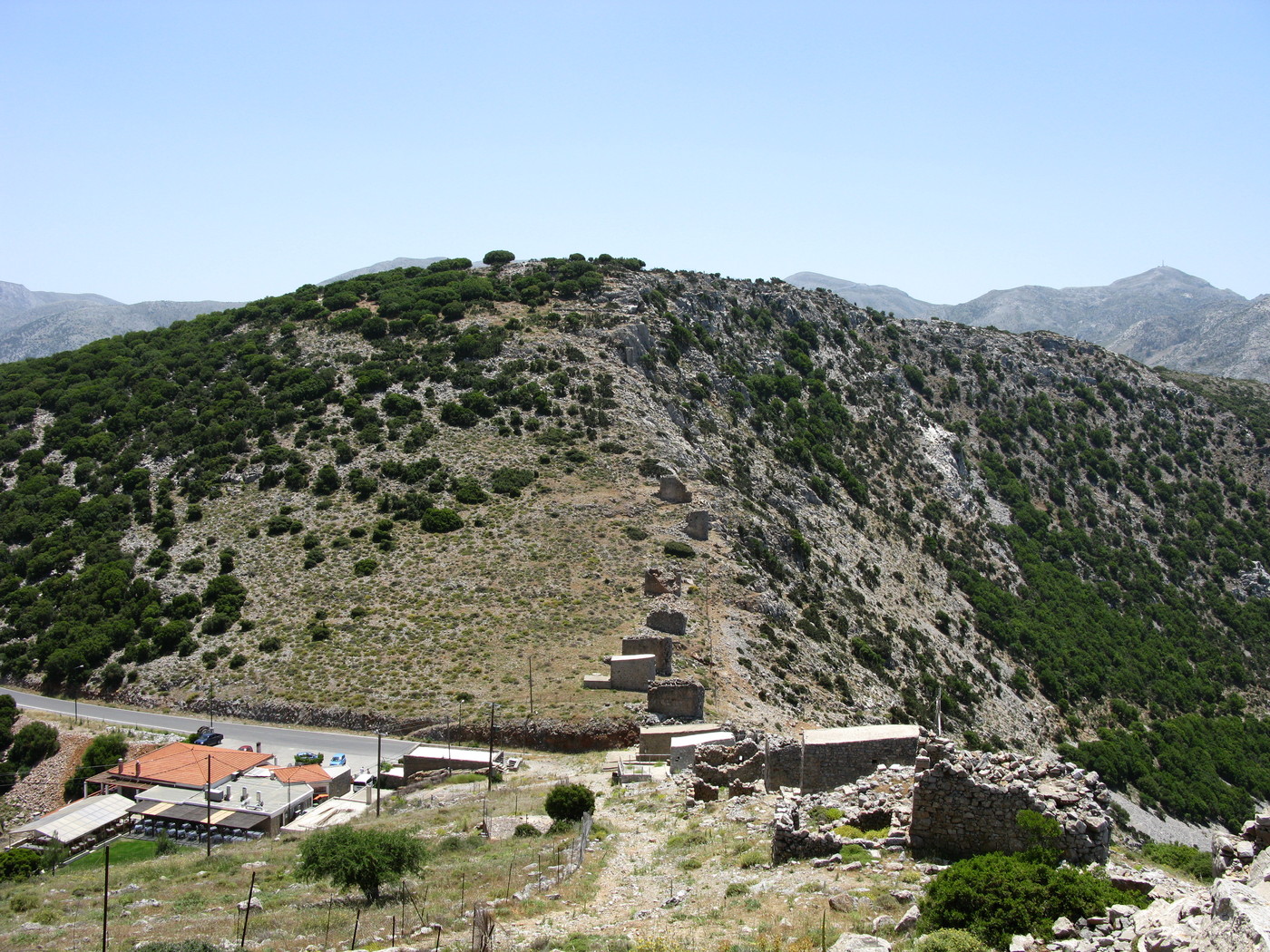 There are some further passes. One in the east where one can leave Lassithi in direction of Agios Nicolaos. There is one further pass in Kaminaki in the south, but I read it’s only passable if you have a good offroad vehicle.

Crete usually is known for many sunny days and a hot respectively mild climate. However, due to the height of some mountains (like the aforementioned Dikti), they are covered with snow in winter. Lassithi is much cooler than the coast of Crete in autumn, winter and spring. When the snow melts, I read water covers the base of the plateau. As there seems to be no canyon leaving Lassithi, this sounds plausible. The water then seeps away as ground water. The farmers used windmills to bring it back up to the surface. Today, the windmills get replaced by diesel powered pumps to become independent of changing weather conditions. However, the ancient windmills seem to be the more ecological alternative: 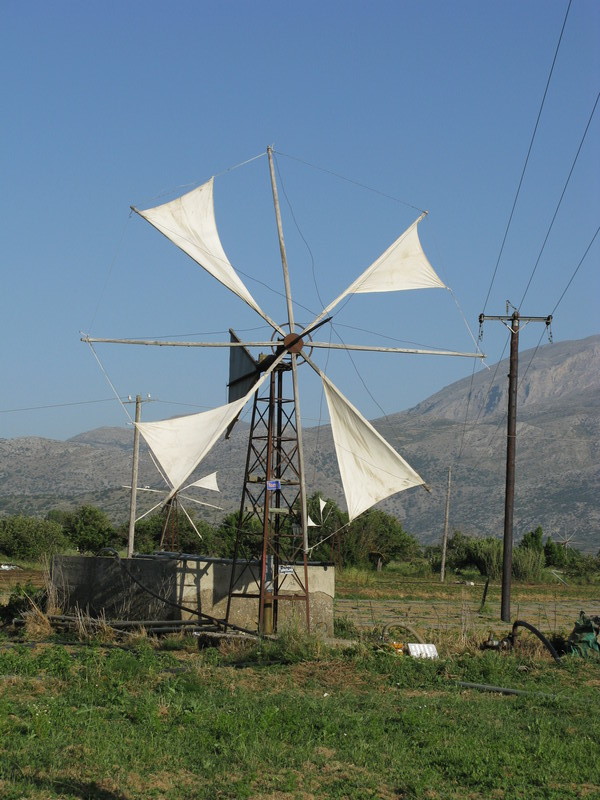 The villages are placed around the plateau, to preserve the fertile agricultural ground. In ????? (Psychro) there’s a tourist attraction, the Dictaean dripstone cave where Zeus was born. There are two paths from the parking place up to the cave, a new paved footway (recommended for climbing uphill) and an old “mountain hiking” trail.

Here’s a further panorama picture of the plateau, shot from the entrance area of the aforementioned cave:

Lassithi shot from the area of the dictean cave

North of the main plateau, there’s a further small plateau, about 950m above the sea level. It’s a very lovely place, where you are alone with the winds and the cowbells of the sheep:

Some notes about mapping. The complete tour lastet about ten hours. The N810 did a great job, running the connection to my bluetooth GPSr, MaemoMapper, osm2go and a homegrown waypoint recording application. One battery lasted for about 4 hours, which is an excellent time compared to its size and the CPU and memory usage of the running applications. I have two barreries available, which means both are not sufficient to accompany you for the whole trip. Due to limitations (I’d call it a bug) of Maemo Mapper, ensure to quit it before the device shuts down due to a drained battery. To avoid hassle, also make backups of its tracks regularly.

osm2go also shows some bugs, making it crash every now and then. If a crash occurs, you will have certainly lost the last parts of its track. Today I have seen crashes when I zoomed in extremely and tried to join the end node of a way to any node of another existing way. Again, ensure to make backups of your track regularly.

What I found annoying has been some mismapping. A mapper has drawn some ways over and along already existing ways. It is hard to fix that “on the go” using osm2go on the N810’s small screen. I therefore fixed it on the notebook back in the hotel.