It’s just good luck to live in Karlsruhe, as it is just about 80km/40min by car to get to some typical locations (like the infamous Mummelsee :) .

Day by day, more black forest tracks are being mapped by OSM addicts, but there are still a lot of gaps to fill and refinements are always possible. This weekend I have chosen the area between Seibelseckle and Hinterlangenbach.

Yesterday it began raining while being in the woods. The forecast and some webcam pics fooled me, so there was not much “outcome” concerning geo data. Today, however, it was a wonderful sunny late summer day, even allowing for some nice pictures. Here’s the area:

The track of the recently purchased WBT-201 bluetooth GPS receiver and logger IMO is again not as accurate as it could (respectively should) be. Unfortunately, I left my GPSMap at home, otherwiese I could compare the tracks. I am at least disappointed with its bluetooth reliability. Maemo Mapper often reports that it is looking for a GPS fix. The current position often is far away from the already existing objects, and if you go a way twice, the two tracks often are far apart.

But I’ll better put the typical krautish :) whining aside. So here’s the final drumroll, announcing some of the usual pics.

I really like moss closeups. It just looks a bit unnatural while it is the opposite: 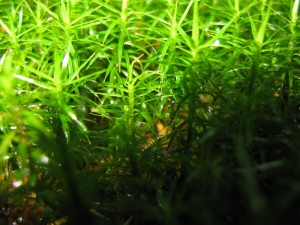 Even more, though not shot properly: 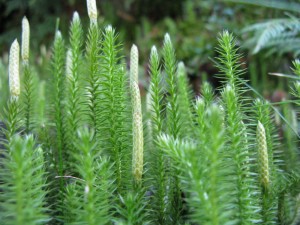 I’m not the biggest fan of spiders, but I am not a chicken as many other people. I grew up in a rural area, thus being used to all kind of animals: 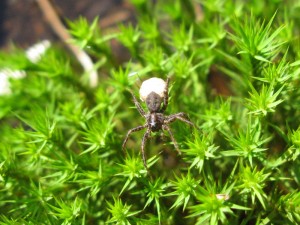 And finally a nice one. I managed to take a closeup of a grasshopper. Unfortunately, I could not remove the grass in front of the lens, as the grasshopper would have escaped: 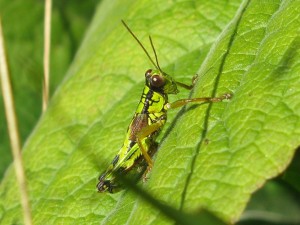 The above pictures are not public domain. The copyright is still owned by me, and copying is hereby not allowed except you got my written consent.