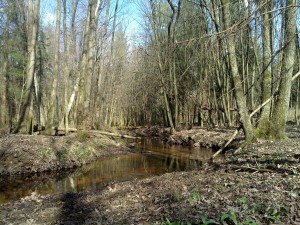 I grabbed the occasion of today’s excellent weather conditions for my first mapping tour with the N900. I used it for my continued effort to map the Heilbach for openstreetmap:

I left all the other gadgets I used until now (mp3 player, Canon camera, external bluetooth GPSr, N810) at home and only grabbed the N900 to check if it really can replace the previously used armada. To anticipate the result: yes it can. I’m quite impressed and really content with the device. It’s a great digital companion. You should read on, though, to learn more about some pitfalls and shortcomings to avoid frustration.

I tried to take some pictures using the built in camera. I was especially interested in its macro mode and the result of close-up pics of fungi and the like. Less surprisingly it is not as good as my Canon A650. But it gets very close, so I learned my lesson. Here’s a picture taken with the N900, showing small deadwood fungi: 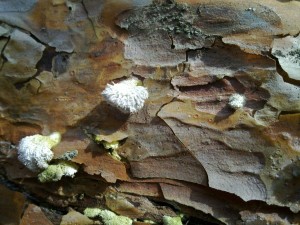 Here are some small lichen. On the A650, I have of course more control over the focus. But the auto mode of the N900 does a good job: 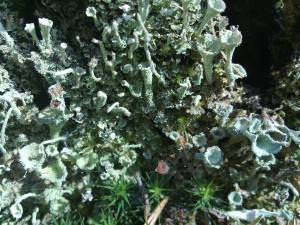 Cladonia (cup lichen) near the Heilbach

The following fungi appeared in light red and black colours. The image did not preserve the original impression, but I doubt the A650 did better. Unfortunately I left it at home. Otherwise I could have taken a comparison picture: 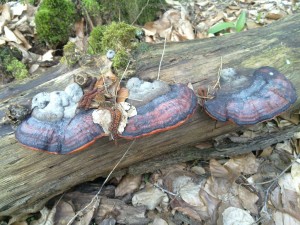 Deadwood serving some fungi as a habitat

Additionally the camera software will automatically add GPS coordinates to the photos when geotagging is enabled via the menu of the camera software. No more struggling with correlating the photos to GPS tracklogs. I’m really pleased with the camera. I still need to test it under bad light conditions, though. 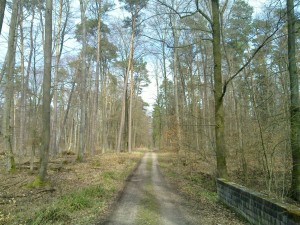 A track crossing the Heilbach

The GPS Receiver of the N810 was rather weak, so I always used an external bluetooth GPS mouse. While the G-Rays 2 was not that pleasing, the Blumax always served me very well, except for the one time it accidentally got bricked.

The more I was surprised concerning the accuracy of the N900’s GPS signal. Thanks to AGPS, it finds the current location quite quickly, and today’s mapping was a joy with the positioning signal that the N900 provided. I expected some deviations, but I would say it is almost as accurate as the Blumax. I will create a comparison track during the next mapping tour.

Maemo Mapper has seen some overhaul compared to Maemo 4, and I’m really grateful that there is some ongoing work. I’m not really used to the new version yet, which now provides some on-screen-controls: 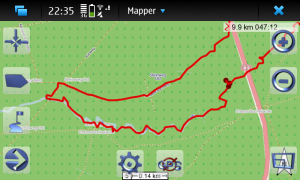 It provides OpenstreetMap Mapnik tiles per default. To add a repository for tiles of Osmarender or the »Reit- und Wanderkarte«, a map which is optimized for horseback riding and hiking (available for de, at, ch and northern italy only), ensure you select the proper type in the dialog where you add the tile URL. The Reitkarte consits of two layers, one for the base graphics, one for the details. I added the following two tile sources, while marking the second one as a tile layer. The type I selected is »XYZ_INV«:
http://topo.openstreetmap.de/base/%0d/%d/%d.png
http://topo.openstreetmap.de/topo/%0d/%d/%d.png

Mapper currently does not support the plus-minus buttons on the top of the device, but there are on-screen-zoom-controls. Loading tiles and especially exporting the tracklog to a file is much faster now, and after a system crash (see below) the track has not been lost (which happened quite frequently on the N810).

It’s really a great “must have” application. 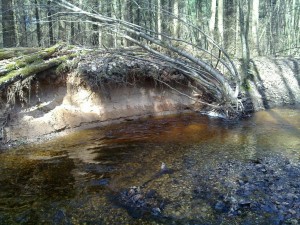 Detail - Bank of the Heilbach

I used osm2go excessively on the N810. Sometimes I was struggling with it, especially when selecting objects. The preset menu was slow and sometimes hard to use.

On the N900, I was completely overwhelmed with its usability. It was snappy, selecting objects was a joy and it is much more finger friendly as on the N810. Of course it still requires a stylus to draw the geometry objects. Frankly, I hope Nokia will ship the next device with a resistive display and a stylus still. I cannot imagine that a tool like osm2go can reasonably be used with someones fingers only. 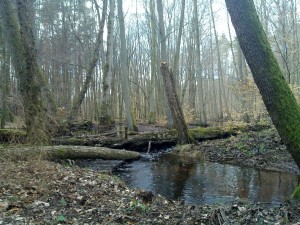 Deadwood dams up the Heilbach

There is a known bug which will freeze the whole device, requiring a hard reset. It might be a driver issue and affects several applications, like Mapper, osm2go, and Mæp. I knew about the issue before the trip, and have been affected a couple of minutes after I started both Mapper and osm2go. I hope there will be a solution for it, as this bug is one of the main reasons why Mapper is only available via extras-devel.

Circa one hour later, both Mapper and osm2go started to behave weirdly again. The system was not frozen, but both applications didn’t respond properly but have been very busy to show all kind of weird stuff in their viewports. Restarting the applications did not help, so I rebooted the device. 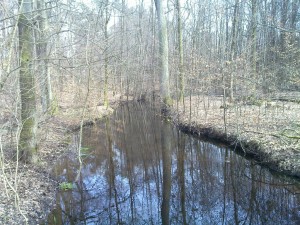 Water of the Heilbach flowing off

I left home with the battery not fully charged. The two reboots might have had an additional effect. I permanently used Mapper, osm2go, the GPS subsystem, cellular internet connectivity and took several pictures.

The battery was drained after two hours, which is very poor compared to the four hours the N810 did provide. But I think this is mainly due to the mentioned bug (and the reboots it triggered). Anyway, even 4 hours were not enough for a 100km biking trip, so I need to purchase a second battery. 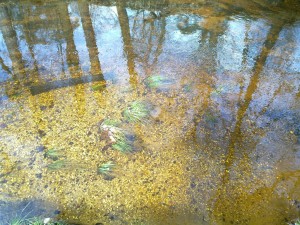 Gravel bank in the Heilbach

Though I needed to perform two hard resets, I’m really impressed by the device, its capabilities and the software tools that are available for it. I’d like to give credit to the crowd of the @maemo-developers mailing list who helped me with some coding issues, Alberto Mardegan, the current maintainer of Mapper, who patiently helped me to get used to Mapper on the N900, and Till Harbaum, the author of Mæp and osm2go, for letting me play with his two N900 (I still apologize for having removed the weather applet from your desktop :) before I bought mine. Thanks, guys.

I considered the N900 too expensive for bying for some time. But I finally could not resist. Et je ne regrette pas.

3 thoughts on “Mapping Initiation of the N900”