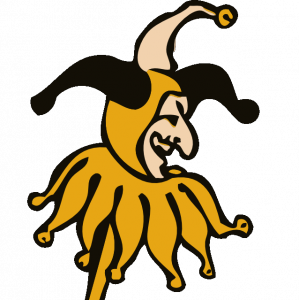 It’s not the first time it happened, but I was surprised anyway. I was hiking along the french-german border. I only ran Mæp and Waypointcatcher. I didn’t use osm2go to save some battery power. Even without Waypointcatcher not running, Mæp caused the device to crash four times. This usually happens when the device’s interface is locked, so you just notice that the device does not respond as soon as you try to unlock it. The only thing that helps is to remove the battery and boot anew. As data roaming is about 7¢ per 10KB of data (sic), I could not use AGPS. Thus the device needs up to twenty minutes to get a GPS fix after a reboot.

Unfortunately Mæp drops the recorded track after such a forced reboot. But hey, no prob, I have the WBT-201 running as a backup.

Was it really running? Yes, it was. The weather conditions have been excellent, many trees still had no leaves, and the valley was not too narrow. No problem. Really? Well, back home I was baffled. That’s what the track of the WBT looks like in JOSM, the Java openstreetmap.org editor: 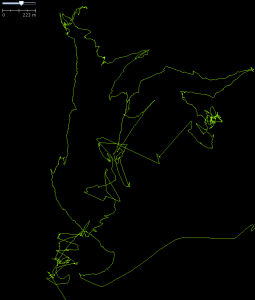 This track is totally weird and requires a lot of imagination on my end to recognize the tracks and trails I’ve been using. The WBT is a cool device, but again I’m disappointed by the quality of its tracklogs.

The question is why the device crashed. I already mentioned the »Big Bug« (#8689 has been closed as a duplicate). Let’s see whether Nokia manages to provide a bugfix via a maintenance release. In the worst case they won’t, as they might be busy as bees working on MeeGo. Sigh.