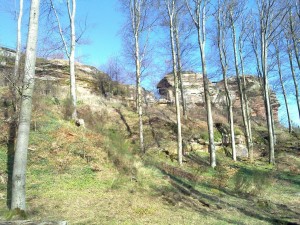 As the weather is fine at the moment (and my bike is broken again), it is hiking time. Slowly it becomes difficult to find unmapped terrain, as openstreetmap.org meanwhile does not only attract car drivers but also hikers and (mountain) bikers. In the region where I grew up a lot of medieval castles can be found, and I visited them all. Time to resurrect the hobby of my youth as long there are still trails missing in the woods.

The first trip was near a homestead called Gimbelhof. Leaving the car there, it was easy to visit the Lœwenstein (see the above picture), the Hohenbourg (next picture) and the Wegelnburg. The latter one is sited in germany, which means you will cross the french german border near the source Maidenbrunnen, a spring. 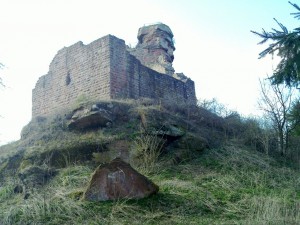 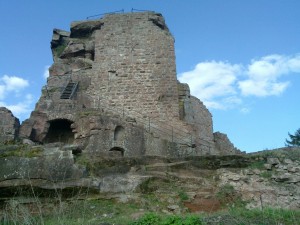 This seems to be the main entrance, nicely decorated: 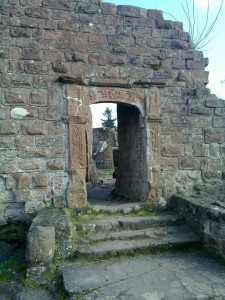 Nearby there’s another castle called Fleckenstein: 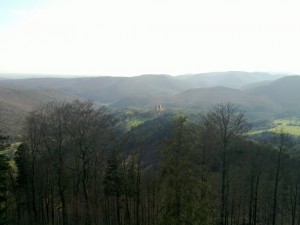 The Fleckenstein as seen from Hohenbourg

This is the Wegelnburg after passing the border. I find it quite interesting that they used relatively small rocks to build their residences upon: 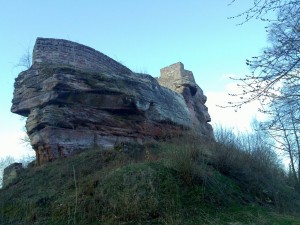 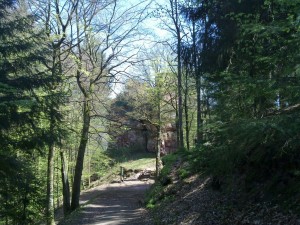 I guess this stair is not as old as the castle, but a later addition. Unlike this one, the original stairs often show steps which are very different in size and shape: 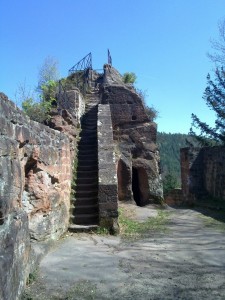 Thousands of lizards are populating the ruins nowadays: 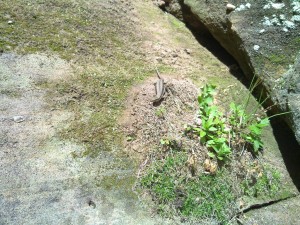 A dinosaur on Blumenstein

This pine found it cool to grow on top of the ruins, enjoying the marvellous view over the valley: 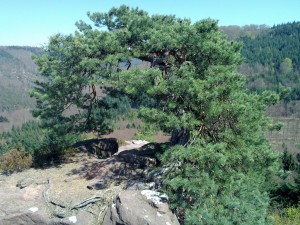 A pine on top of Blumenstein castle

This last picture of Blumenstein shows how most of those castles are built. A languet on a hill got truncated to create a fosse. The rock then was uncovered from earth and the buildings put on top of it. As they only had hammers and chisels, the whole process must have been painful and surely took ages: 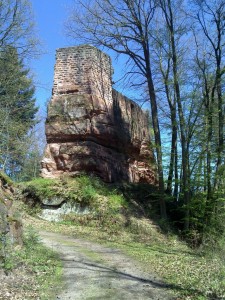 Wasigenstein is built on top of a notched rock, and two castles have been built upon, Gross Wasigenstein and Klein Wasigenstein. The first one is hillside: 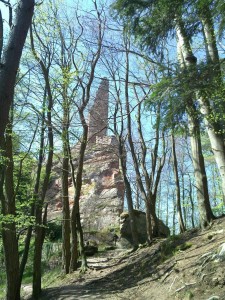 Here’s the rather impressive fosse they built by dismantling the rock: 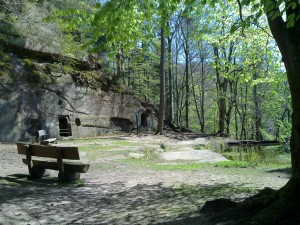 They also built a basin on the ground. Nowadays the water hosts frogs, newts and other animals: 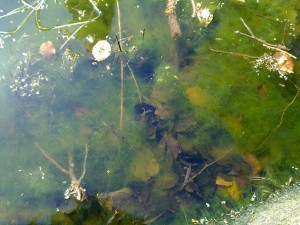 Newts in a basin near Gross Wasigenstein

That’s the top of Gross Wasigenstein. It’s a really quiet place, so it was time to enjoy a little sunbath: 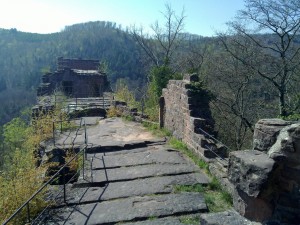 On top of Gross Wasigenstein

Klein Wasigenstein is much smaller: 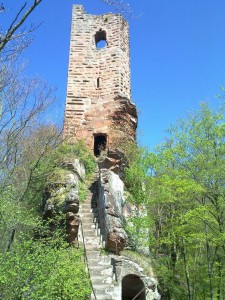 Here are two doors inside it. I wonder if those are still romanesque or already gothic. In my opinion it’s in between. Big romanesque walls, but more elegant doors and staircases: 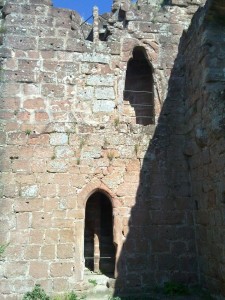 Here it is again, the alsacien castle lizard. I think it is endemic, as I only have seen them there :) : 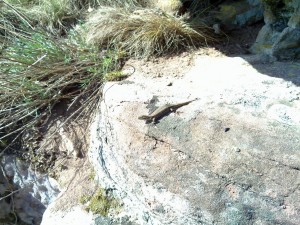 An inhabitant of Klein Wasigenstein

This picture provides an impression of the tightness of such a medieval castle. Thus they tried to use any square inch: 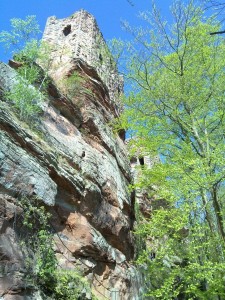 From the opposite side it is possible to see the two castles on the split rock: 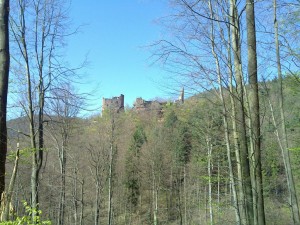 The Wasigenstein castles as seen from the opposite sited hill

Here’s the last one for today, the Frœnsbourg. I’ve never seen such a bug before. A medieval remain, I guess :) . Anyway, the N900’s macro mode did a very good gob: 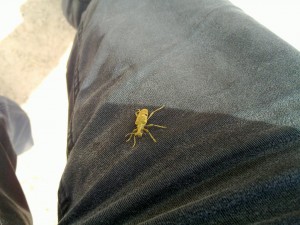 The Frœnsbourg is a very narrow one. The rock partly only provides a thickness of about 6 to 8 feet: 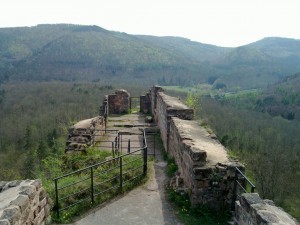 On top of the Frœnsbourg

Here’s a picture showing it from bottom up: 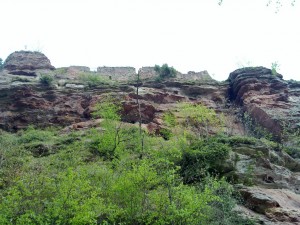 The various remains of workmanship shed a little light on the former usage of the castle. I guess that there have been a lot of wooden booths and buildings around the rock: 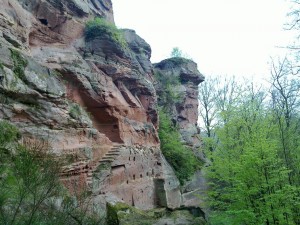 I really enjoyed the trips. The N900 is a perfect general purpose companion. The weather was nice, and other hikers used several languages like english, french or the local german dialect of the french people who live nearby.

2 thoughts on “Traveling along the french-german border”