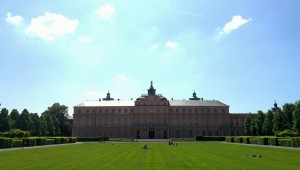 Back Side of Rastatt Castle

Today’s trip led from Karlsruhe to Rastatt, an ancient german town with several baroque buildings. I decided not to make it a grand mapping trip, but to use openrouteservice.org to find the way. This means I expected not to find new ways because the route was calculated based on existing ones.

The way led through the woods and fields between the two towns. Many of the ways originally have been mapped by me several years ago and needed maintenance. Tracktypes for example didn’t exist in those days yet. Surprisingly I found some new ways anyway while others meanwhile have been paved.

Unfortunately my bike caused some trouble again. I’ve been at the shop three times, but they just don’t manage to get their stuff done. I’m already looking for another dealer and a new bike. I wanted to avoid spending the money, but today it broke my neck. It’s just no fun when your vehicle of choice doesn’t do its job.