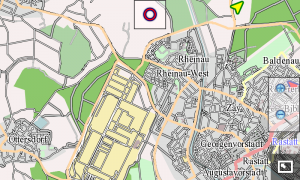 Rastatt in Monav (data by osm and contributors, CC-by-SA)

I could not resist the temptation to tweak the vector rendering code of MoNav. 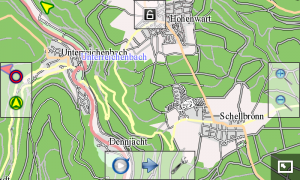 I got no feedback yet whether my patches will be accepted. In either case, there are still some issues I need to investigate further. For example, secondary and tertiary roads disappear quickly at lower zoom levels: 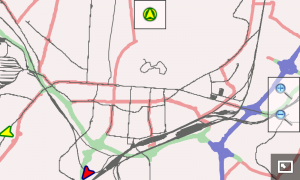 Karlsruhe Lowzoom in Monav (data by osm and contributors, CC-by-SA)

In some areas, place names for villages do not appear in the rendering, though they do in other areas: 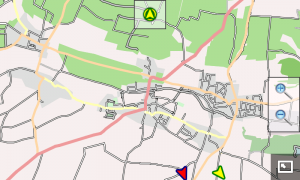 Missing placenames in Monav (data by osm and contributors, CC-by-SA)

Despite those minor issues, I’m still impressed by the new vector renderer. It’s almost incredible how smooth it behaves on the desktop. Currently I see some hickups when zooming and panning on the N900, but it’s astonishing anyway. MoNav makes the dreams come true I had back in 2006, when I started to contribute to OSM.