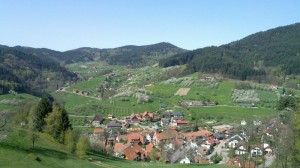 Just as yesterday, I grabbed the occasion for a black forest trip. Again I wanted to test the via points for routes I recently hacked for MoNav. I was creating the route while using the public transport to Baiersbronn, giving MoNav a couple of points I wanted to pass. With this new feature, MoNav more and more becomes the perfect companion for osm-addicted cyclists.

The tour led me from Baiersbronn via Obertal, the Ruhestein, the Bosenstein and Ottenhöfen to Achern, where I took the train back to Karlsruhe. MoNav was able to create an almost perfect route, thanks to the via points and the data of openstreetmap:

Though the trees have still less leaves as in the Rhine valley, it’s not that the black forest still is in hibernation: 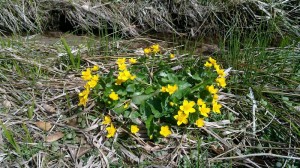 It’s april 10th, and I’ve already been to Wissembourg, Rote Lache and Ruhestein. It seems I need to find some new destinations this year to avoid boredom :) .