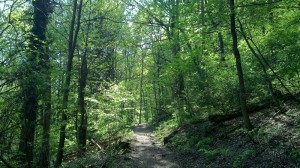 I tend to visit some medieval castles in spring. I usually approach them by car and use the rest of the distance for some hiking. This year, I wanted to know whether I can reach Wasigenstein by bike, and once again, I wanted to test the bike routing capabilities of MoNav.

Here are some observations:

Here’s the trip (height profile would be marvellous :) :