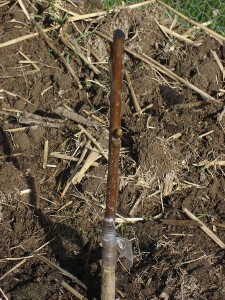 I bought an Adroid device a couple of days ago. It’s not that I really need it, but I was interested in learning more concerning the platform and developing software for it.

While Peter Boctor shares some details about the setup of the Android SDK on Mac OS X, Lars Vogel provides a neat overview how to write native applications using the Eclipse IDE and the Java programming language.

Thanks to the work of Bogdan Vatra it is possible to compile code written using the Qt4 framework. Alessandro Alfio Arturo Portale has published a video via Youtube that sheds some light on the complete process of bringing a Qt application to Android. Nokia provides a short but working tutorial to compile one of the example applications for the target device.

In simplified words, Necessitas is a special IDE for Qt which compiles the C++ code into shared libraries, builds the required Java wrapper and stuffs all bits necessary in a package file ready to be installed and run on Android. You can either run it in an emulator, or, in case your device is connected to your computer using a USB cable, directly on the device.

On the device, the installation of Ministro is required. This application asks the user whether to install the necessary Qt4 libraries on the device during the very first attempt by the user to start a Qt based application.

Frankly, it was much simpler to get the example application compiled and run on the device – I’m really impressed by the work of Bogdan Vatra. However (and as anticipated), compiling and running MoNav will require more coding work, since it’s crashing when starting it on the device.