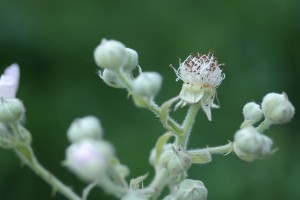 In case you are not content with the pictures you take, there’s just one remedy: take more pictures. Well, it makes sense only in case you inspect, adapt, and thus learn.

Those pictures have been taken using a Samsung NX30 camera with the 60mm macro lens (EX-M60SB). One thing I learned today is that I need to get closer to the objects. The lens used allows a minimum distance of about 190 millimeters – from the object to the camera’s sensor. From the front of the lens the difference is just 80 millimeters. 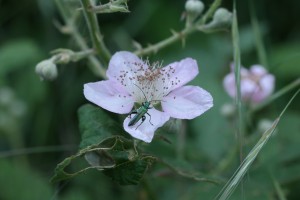 The next thing I learned is that I should choose objects that I can catch from an interesting perspective. For insects, this usually means to see it perpendicular to its side. 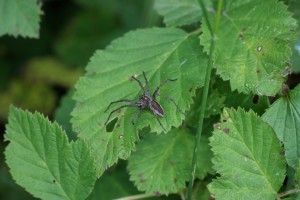 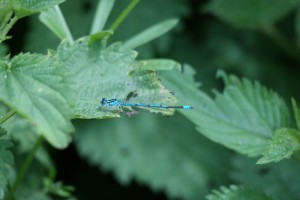 The next thing to learn is to remove any unwanted objects from the viewport. Unfortunately this is not an easy task, since the protagonists won’t accept you being the director, obviously. Instead you have to accept where they are going to. 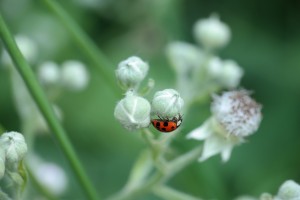 Frankly, it’s really hard to take great pictures. The images shown are the result of about 300 shots taken during three hours. None of them is really great. 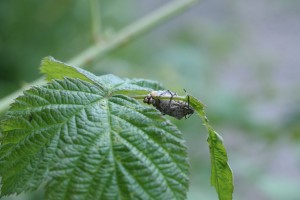 Concerning the NX30, it’s really a great camera. However, for macro shoots, I miss the features outlined below.

As a macro photographer using the manual focus, I’d like to switch on and off the focus magnification manually (e.g. by pressing the »OK« button repeatedly), so that I gain better control over the depth of field, e.g. using a macro slider.

As a macro photographer using the manual focus, I’d like to pan the focus area (e.g. by using the touch screen and/or the backwards control ring), so that I can place the focus object outside the center of the image.

The current firmware already allows for »direct manual focus«, DMF (an option which the user needs to enable via the camera’s menu). This is a very helpful feature. The photographer presses the shutter button halfway down to use the (excellent) auto focus of the NX30. While holding the button halfway pressed, the photographer now can use the lens’ ring to manually adjust the focus, while the camery zooms to the focus area. After that, the camera returns to full screen mode and the photographer can press the shutter button down to take the picture.

This approach is helpful in many situation. However, it sometime is not sufficient in macro (aka aperture priority) mode. In case the object moves, it requires to repeat the whole procedure just to check whether the focus is still right. Additionally, the focus ring of the 60 mm lens behaves relatively coarse, and the alternative, a macro slider, cannot be used in conjunction with the magnification mode.

Regardless of this feature request, the combo of the NX30 and the 60mm macro lens is really excellent. Despite the limitations it grants the user a lot of joy and pleasure.