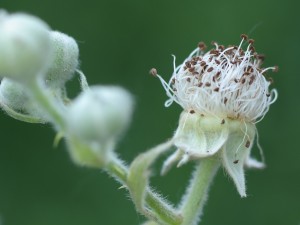 I cropped some macro images, including ones already posted, as well as new ones. 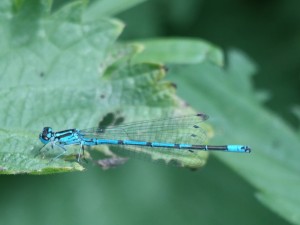 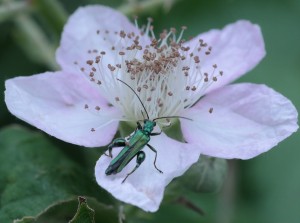 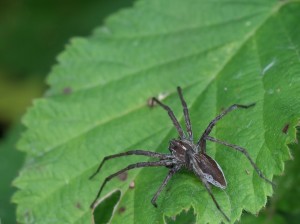 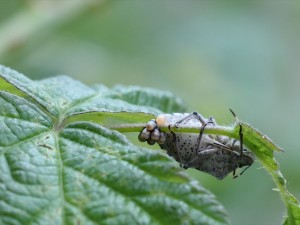 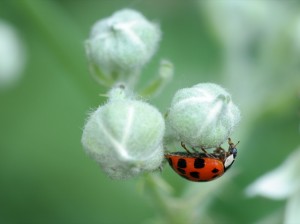 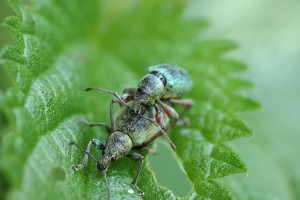 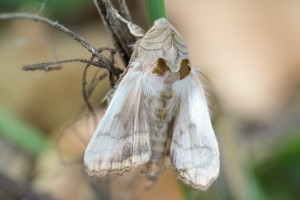 The main purpose of today’s trip was to get used to manual focussing using the 60mm macro lens (EX-M60SB) attached to the NX30 mirrorless camera.

This spider seems to enjoy a short rest. The sharpness isn’t perfect at all, but it’s a nice picture anyway. 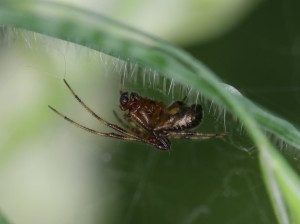 Here’s another one lacking sharpness. Anyway, plant louses appearently are a great meal. 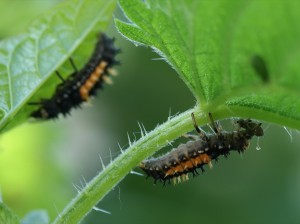 The depth of field is rather shallow at short distance shots. Usually one tries to focus on the eyes. However, this renders almost all of the rest of the object rather blurry. Some use a technique called focus stacking. A couple of pictures are taken, each providing another focus plane. Soem software then gets used to combine those images to get one single image with clear details of the object. Obviously that is not what I did with this picture. 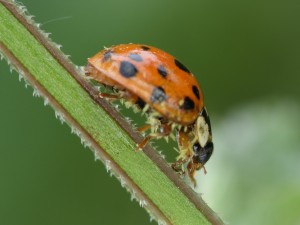 Ants also like louses, but for a different purpose than having them for supper. 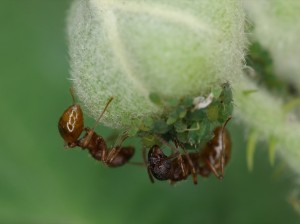 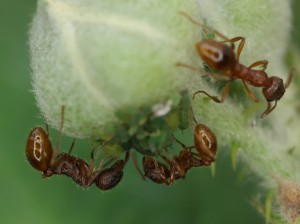 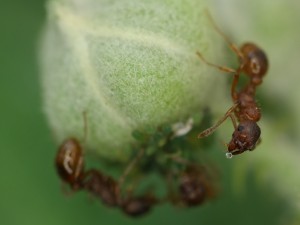 The back of each ant mirrors the LED ring light I used attached to the macro lens. Obviously I should use an additional duffuser to avoid such reflections, at least as son as the objects are rather glossy.

Once again I missed the Samsung NX30 to have a fully manual focus zoom with pan function. As a consequence, I had to center all objects and to crop the images afterwards. I hope Samsung will provide this feature by a future firmware update. If not, the NX30 is still great, and the 60mm macro lens is as well.