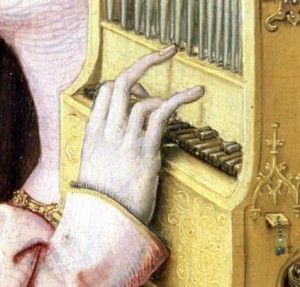 Do you find hard to jump from manual to manual in fast passages to create an echo effect?

This reminds me of the «Caprice sur les Grands Jeux» of Louis-Nicolas Clérambault (1676 – 1749) I played a couple of months ago. Here’s a recording of Luca Raggi. He really plays it perfectly. But I’m missing alterations in the piece. That’s why I decided to play it on two manuals (Grand orgue et Positif). The difficulty was that almost the whole piece consists of many eigths notes – not much time to swap the manuals. But for the piece’s sake I did it, regardless of the difficult playing. 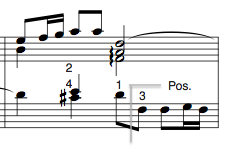 That IMO was a rewarding decision. I swapped manuals like mad. Starting on the Positif, the left hand went to the Main and back to the Positif several times. In bar 16 both hands touched the Main keybed, and just two bars later both hands switched back to the positif.

Yes, it was difficult to cope with. And yes, it was much more fun than playing the whole piece on one keybed alone.