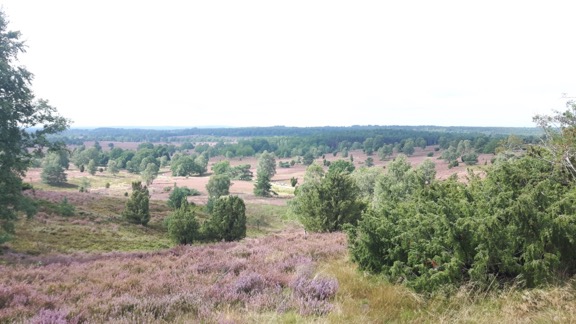 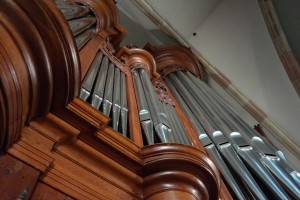 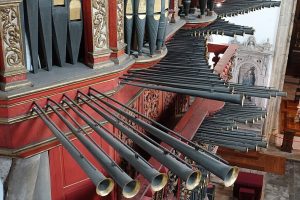 This Courante, a popular dance during the baroque era, is attributed to Juan Cabanilles (1644-1712). One aspect of performing it is that one can use several registrations for the various parts. There are several recordings, of which I found the following outstanding.

Pianote shares some ideas of what makes a good piano player. One could argue that some cannot be applied to organ playing, since it doesn’t provide any dynamics. I’d argue you can make use of dynamics anyway, and still two essential points out of the five remain:

As organists, we are pretty poor concerning either of them. Since we almost always play by ourselves, without any other musicians, we tend to neglect pulse and rhythm. And since learning a piece on the organ requires a lot of practise, we tend to be content as soon we can play a piece mechanically. Both omissions lead to the fact that we play notes, but not music.

Until now, I struggled to get access to baroque spanish organ music. The recrodings I listened to gave me little clue about the spirit of that era.

This very eve I accidentally stumbled upon a recording of the Tiento XXIII por A la mi re (part II, part III, part IV) by Juan Cabanilles (1644-1712) as shared by Olivier Thuault. Jan Willem Jansen also perfomed the piece. Another recording shows Francis Chapelet acting at the console.

Suddenly, I get the link to the Fantasia in e minor by Abraham van den Kerckhoven I’m still struggling with. This work is totally different to his other works I’ve noticed so far, since it is reminiscent of spanish organ music.

A couple of things are special to spanish organs and the music written for those instruments:

I’m glad I found the recording of Olivier Thuault, since it will help me to fine tune my interpretation of Kerckhoven’s fantasia. 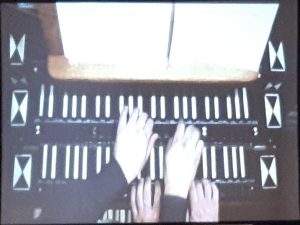 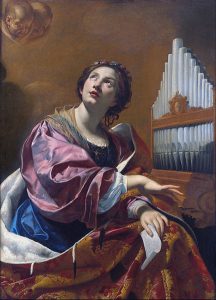 Jean Gabriel, Chief Editor of NuMusician, writes me about how music affects the brain, a further topic I’m pretty aware of. 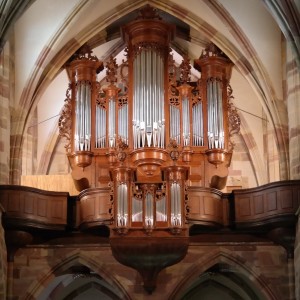 Today’s menu contained a couple of pieces she played exactly six years ago, plus a couple of others. I was exited by two pieces I’m also working on, which is the Passacaglia of Buxtehude and the pièce of Böhm. Surprisingly, she used a Diapason 8 for the solo voice in the latter pièce instead of a solo voice (like Cornet, Tierce, Voix humaine etc.). 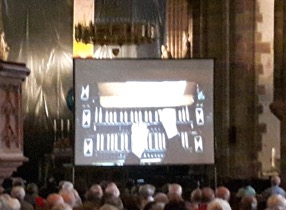 Since last year I learned new techniques to master the music I play. I first applied them to some pieces I was already playing, so that this year’s performance went quite well. After almost one year I thought it was time to apply them to learning a new piece.

As Jon Laukvik writes in his book:

From a playing perspective, practising leads from conscious doing to let it happen unconsciously.

The key to it is muscle memory (»Prozedurales Gedächtnis« in german). To train it, I do repetition a lot. To gain the required motivation to do so, I had to learn that playing a piece of music is a totally different thing than practising it. Besides many other sources I used, I can recommend the TEDx talks of Jocelyn Swigger and Claire Tueller.

The new piece I’m currently applying it to is a Fantasia (e minor) of Abraham van den Kerckhoven. Here’s the approach I’ve chosen.

At the end of the process, the sheet music is quite populated by a lot of magic digits, which is the base for training the muscle memory.

The next step is to divide the piece in relatively short fragments which I can practise independently. I apply numbered markers to the sheet music. The length of the fragments depends on a couple of parameters, e.g. the structure and difficulty of the piece. Sometimes a fragment is just one or two bars, sometimes approximately one line. Sometimes I start with short fragments and I make them longer at a later point in time – or the other way around in case it turns out a passage is more difficult to learn as expected.

Practising is the process which absolutely consumes the most time while learning a piece. As a consequence, I apply several techniques to succeed.

I know about a couple of further, more advanced techniques, which I apply every now and then. But the abovementioned points meanwhile became essential to me and allowed me to make significant progress within a couple of weeks while learning Kerckhoven’s piece.

I wrote this posting due to the fact that I found rather little information concerning this topic, though it is important to so many people who play instruments either professionally or as an amateur. If you know about similar documents, please let me know. 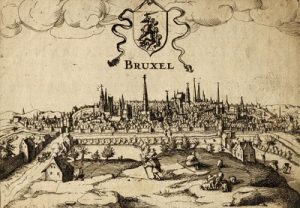 Until recently, I perceived the works of Abraham van den Kerckhoven as less complicated to understand and learn as pieces of other composers I play. But currently, I’m working on a Fantasia in e minor, which is known as #355 of the Cocquiel manuscript (Royal Library Albert I, Brussels, Music Dept. – Manuscript II 3326 1741). Unfortunately little information is available online concerning this work. I knew it from the gramophone record (something similar to a Clay tablet, but intended for preserving music) Orgues Historiques De Thorembais-les-Beguines by Etienne Leuridan. He plays it with reed pipes (Grands Jeux) and makes extreme use of Notes Inégales (“piqué”). I found another recording of François Houtart, but since he’s using neither of them, I still prefer Leuridan’s edition.

As a consequence of last year’s performance, I had to completely change my practicing techniques. I did it first for the repertoire I’m already playing, and it helped to do much better this year. The Fantasia in e minor of Kerckhoven is the very first piece which I approach completely from scratch using the new techniques. Here’s what I did:

That’s it so far. I’m still working on the latter point, and this will last several weeks, if not months, depending on time available. This is hard work, and I managed to motivate me by understanding that practising is a welcome after work activity, and that playing the piece is a totally different thing. Both are worthy activities, and they serve a different purpose. 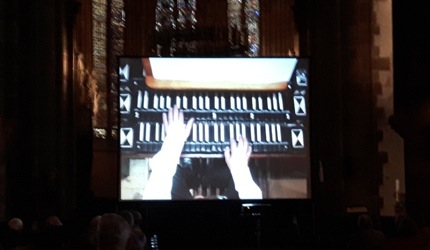 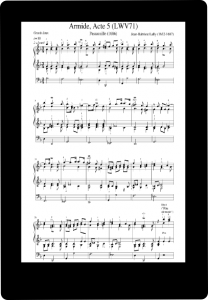