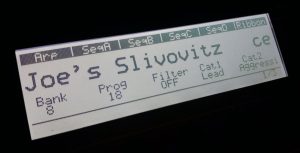 About 5 years ago I explored the synthesis capabilities of the Solaris by creating several sounds for it. Every now and then, I posted the presets at the user forum. Eventually John included them in the OS as factory preset bank 8. Frankly, I still feel honoured :) .