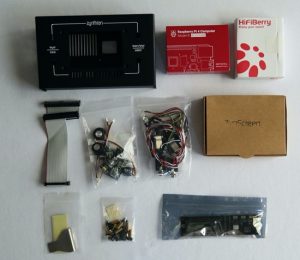 Of course I bought the V4 kit immediately, despite it’s more a project for the cold and dark season.

It took the whole eve yesterday to assemble the hardware, despite the fact I luckily had all the tools required available. Unfortunately it didn’t boot. Though the LEDs on the Raspberry PI and the soundcard lit during startup, the screen just left blank. Today I tried the following:

I connected a MIDI keybed and started Aeolus, a pipe organ emulation, on the device. Everything just worked “out of the box”. Phantastic. 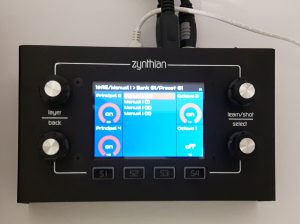 I’ll check wether everything works as expected during the next couple of days. For now, I’m extremely content, thanks to the great work of all the people involved.