The second book I just read about the mass extermination of jews during the second world war is called »We wept without tears« (»Wir weinten tränenlos…«) by Gideon Greif. It’s a compilation of various interviews he held with some survivors of the Sonderkommando of the extermination camp Auschwitz-Birkenau. 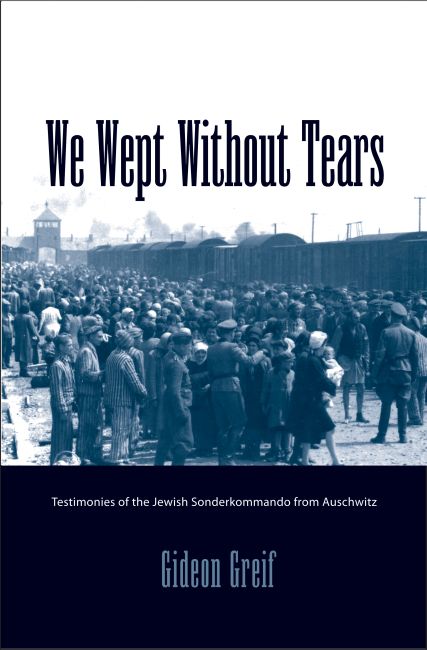 The eye-witnessers worked directly in the hell on earth. The have been forced to do the most incredible work during the Holocaust: They led the victims to the gas chambers, and after the gassing, robbed their goods, their hair, their golden teeth and finally burnt the corpses in the crematoria. Thus the name »Sonderkommando« which can be translated as »Special Unit«. What surprised me most was that the victims have been innocent even as they entered the gas chambers, which have been camouflaged like showers. Half an hour later they have been dead, gassed by Zyklon B.

The Sonderkommando inmates have been absolutely separated from all other inmates, and the Nazis killed them from time to time to keep the mass extermination as secret as possible. One of them, Shaul Chasan, who managed to »escape« to the concentration camp Mauthausen with the other inmates of Birkenau as the camp was evacuated, remembers that their guards also came to Mauthausen to grab them. He had luck and was not recognitioned.

The book is absolutely shocking. I can not imagine how civilized people can forget all of their education and create such a terror system as the Nazis did in germany. It seems that the Nazis had enough backup in the german population. Even if it came to the Holocaust. Being a german, I’m ashamed.

Shaul Chasan also reports that, after he returned to greece after the war, even his own brother didn’t believe him as he told that so many people have been murdered and burnt. It must have been really hard for him being called a liar.