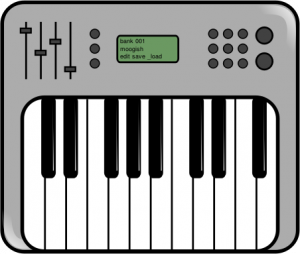 There have been some rumors, since the Kronos X 88 has not been available for purchase for quite some while now. Meanwhile Korg announced the Kronos 2, so the most obvious new features are now known.

The changes can be classified as »minor improvements«. The piano engine has been updated, the touch screen now accepts drag and drop (e.g. to open the lid of the grand piano), the setlist mode allows to adjust the size of the text and to select colors for the particular buttons, and last but not least, the cheap plastic cheeks have been replaced by wooden panels.

I have no clue whether Korg will provide the software updates for users of previous models. For my uses, the improvements are of minor concern, thus I don’t care. No new audio engines have been added (I hoped the Wavestation software plugin would find its way to the Kronos), I haven’t read anything about more memory slots for programs (21 banks are a lot, but little in case most of them are already filled with factory sounds), and the limitation of the effects slots in multi mode still seem to persist.

IMO Korg do a great Job these days. The Kronos is an absolutely outstanding machine since its first incarnation, turning the engines of the competitors “to dust”. For about 4k € you get 9 synth engines in one device, tons of factory sounds for almost any genre, drum tracks, a sequencer and so on. The machine is useful in the studio as well as on stage. The only thing that hinders live usage is its size, weight, and missing handle bars of the 88 and 73 key incarnations.