I’m just back from a visit to the extermination camps in Oswiecim. I wanted to do this trip for several years now, but the Xmas holidays usually have been to short to do all my familiy duties and such a trip. As I got some additional days off this year, it was the perfect occasion. This post will provide some general travel information. Other posts will share information about the camps themselves.

A single distance from Karlsruhe to Oswiecim is about 1100km; if you have good luck you can do it in about 11 hours, including some short breaks. I booked a room at hotel Galicja, which provides western standard rooms and a guarded parking (the latter one being important due to some policy of my car sharing provider). The rooms have been in good condition, and the included Trattoria and Restaurant provided excellent service and meals. I paid 46EUR per night and got an additional discount of 5% for paying in cash. That’s not cheap but was a fair deal. The hotel is in the center of Oswiecim while the camps are outside. Thus having a car is convenient.

There have been three main camps (Auschwitz, Auschwitz-Birkenau and Monowitz) and various subcamps. Monowitz is not preserved. Auschwitz I was the first and main camp where nowadays most exhibitions are placed. Auschwitz II (Birkenau) however is much larger; it’s the even more infamous place where most people were murdered.

There’s a guarded parking at Auschwitz I. To get to Birkenau, you can go by foot (approximately 3km), take a Taxi, the free bus or car. Unlike the museum’s web presence states, the free buses are even available during the winter months, though only from noon to afternoon. The museums will close at 3PM during the winter months, but if you are inside it’s not a problem to stay until 4PM.
The entry to both camps is free of charge, so you can visit all sites on your own responsibility. There are guided tours however. I recommend to first visit the places on your own and to take the guided tour afterwards. This actually means that you can easily spend two days there.

During my stay, there was a sudden winter break (announced by the weather reports). Especially in Birkenau it was damn cold and windy. Ensure you are clothed well, including shoes.

A hint for visitors from southern germany. The polish A4 highway is very convenient. If you go there via Görlitz, however, there’s a segment of main road which needs patience. Do not expect more than an average speed of about 60 km/h.

My way back was not much fun. Due to the winter break, the A4 was covered with thick fog, and the aforementioned main road partly was covered by snow. After passing the german border, the car computer displayed an outside temperature of down to 23.5°C. Here’s what a parking looked like: 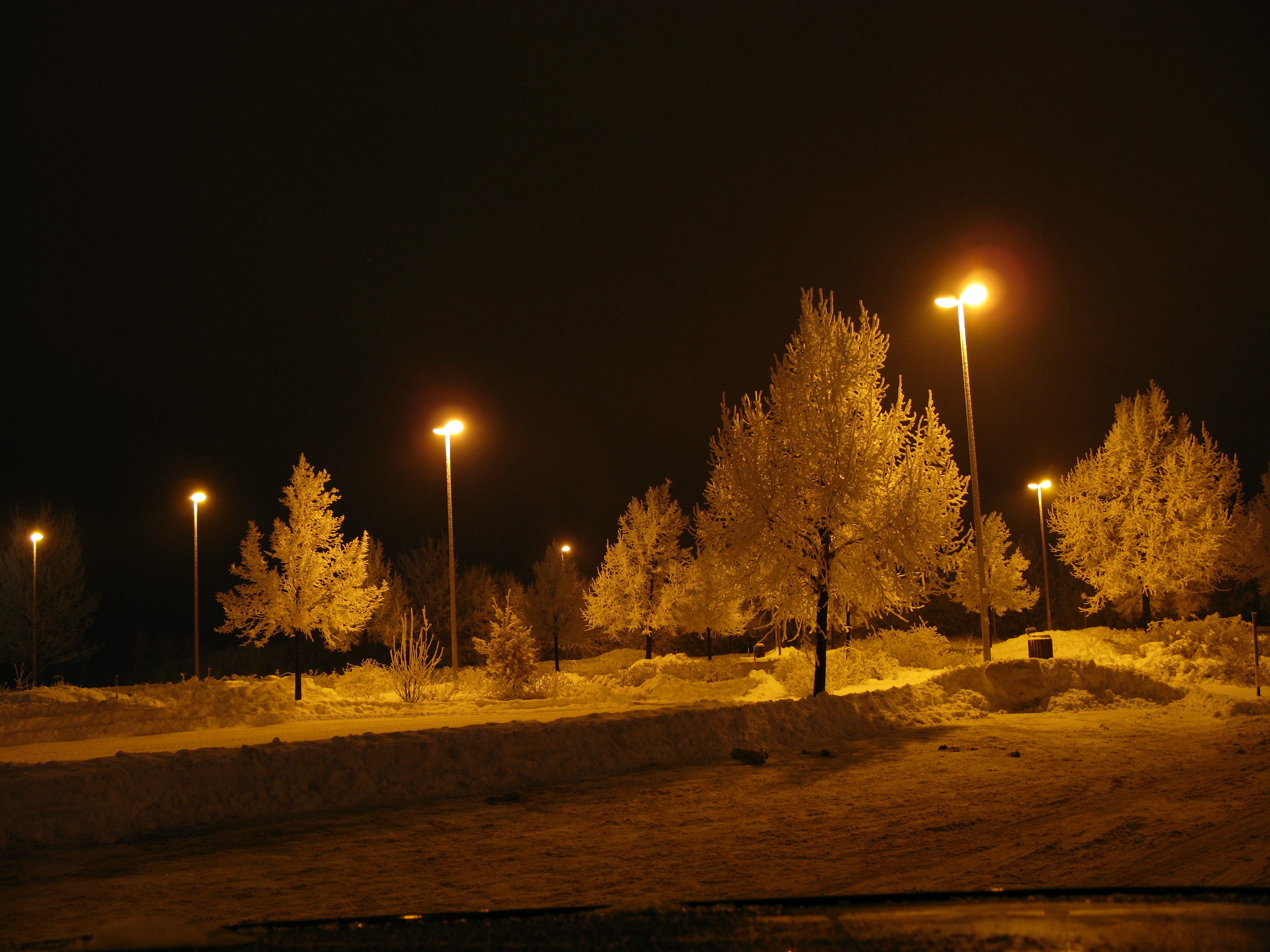