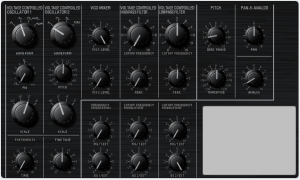 For quite a while now, Korg put a lot of efforts in resurrecting some of their legacy machines. This includes, for example, the Wavedrum, the Polysix, and the MS-20.

The Kronos includes the latter two as software engines. While the emulations sound pretty good, I have a hard time getting used to the MS-20 emulation, due to the behaviour of its second envelope generator. A couple of resources (like the ones here and here) shed a little light on the issue. There’s a wee small hint provided by the imprints of the patch panel. 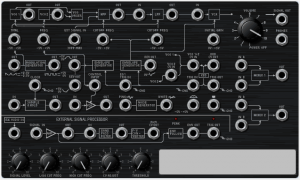 A closer look at the reverse output of envelope generator two indicates that the sustain stage of the envelope provides a voltage of 0 V.

As a consequence, increasing the sustain level will not increase the filter’s cutoff level as it does on many other machines. Instead, it decreases the filter’s level during the attack, hold, decay, and release stages. 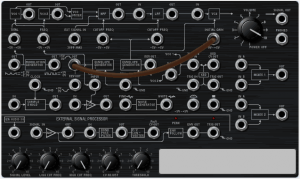 Envelope 1 now controls the amplifier, envelope 2 the filter cutoff only. To make the above behaviour audible, set the lowpass filter’s cutoff to about 50% and the EG2/Ext value (which basically means envelope amount) to about 80%.

Set the attack and decay times of envelope 2 to about 50% and listen to the output. The filter will open starting at about 50%, open completely and fall back to 50% during the decay stage. Feels familiar with me.

I have no clue whether I got all the details right, but the above is what I think I understood so far. In case you find the behaviour annoying, leave envelope 2 alone and use the Kronos’ envelope generators 3 and 4 to control the filters.