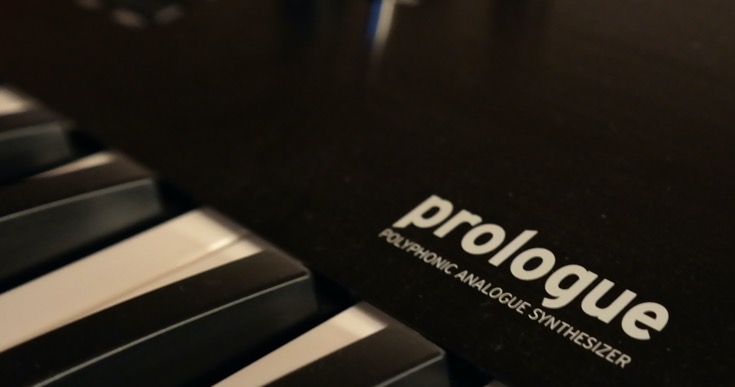 After the minilogue (2016) and the monologue (2017), Korg released the prologue in 2018. Finally keyboardists get something similar to the minilogue with full sized keys (available in flavours of 8 voices and 49 keys respectively 16 voices and 61 keys). What remained consistent were the two analogue oscillators and their waveshaping capabilities.

The filter design differs significantly. Additionally, the prologue introduces a third (fully digital) oscillator, called Multi Engine. It provides either a noise generator, a VPM/FM oscillator, or 16 oscillator slots the user can populate via USB. As with the minilogue xd, such oscillators are available e.g. by hammondeggs or Sound Mangling (Tim Shoebridge) or can be created by the user using the publicly available logue SDK.

The full size keybed is convenient to play, though it lacks aftertouch capabilities. Like the xd, it allows to control several of its parameters via aftertouch using external keyboards, though. Surprisingly it shares a further limitation with the xd, the complete absence of velocity control except for the two envelope generators. At least it provides a sustain level for its 2nd envelope generator, which sets it apart from the xd.

With the xd, it shares its 500 program slots, of which 200 are prepopulated by factory presets. Unlike the minilogue, neither the prologue nor the xd do benefit of the additional soundsets.

One review I read was like “The prologue sounds great, though it is not very deep”. What it does, it does extremely well. What it lacks is modulation capabilities. One LFO only, two standard envelopes, limited velocity support and the lack of a modulation matrix. Some may tend to go for a Sequential Prophet 08 or REV2. However, since it sounds differently, it may not be a real option.